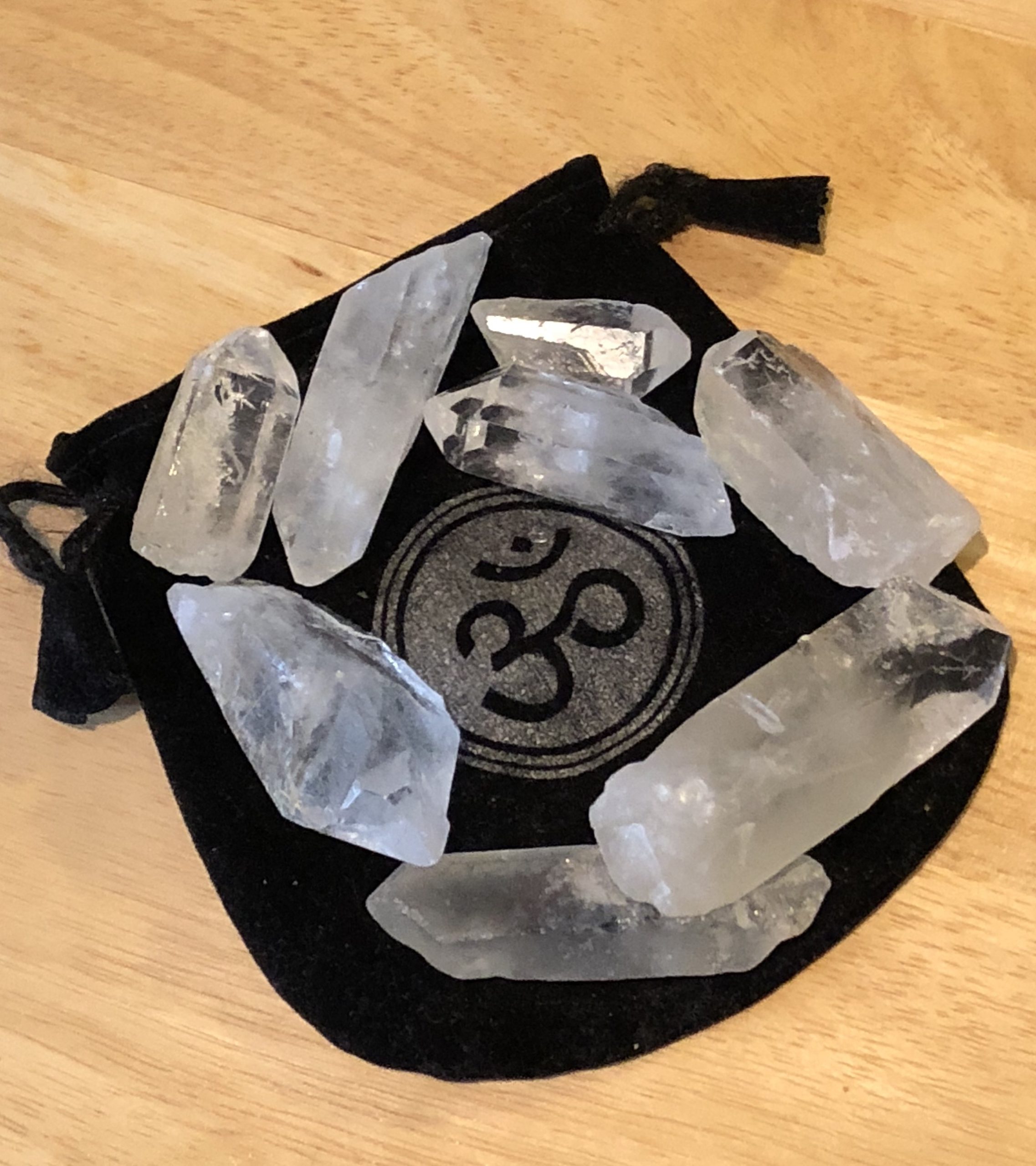 QUARTZ (geek info coming at ya) is thee most abundant mineral on the earth’s surface. Over 70% of the land we walk on is formed from quartz or other silicates one form or another……how cool is that? Quartz is the healing crystal – it will channel any type of energy and will help with all healing. If you are unsure which crystal to work always refer back to quartz, you cannot go wrong!!

The use of quartz is recorded in many ancient manuscripts. It heals sickness and wounds, allows communication with spirits, and exhibits scientifically verifiable properties such as piezoelectric effect. To date although science has failed to prove a direct effect of crystals on any disease or condition, it has shown that crystals do indeed vibrate and they exhibit both piezoelectric (the ability of crystals to generate a voltage in response to mechanical stress) and pyroelectric (the ability of crystals to generate an electrical potential in response to temperature change). These special properties have a bunch of practical applications an example would be quartz crystals in watches and the development of lasers…….I find this so interesting!!! I also love using this when peeps mention to me “crystals don’t do s**t!” I whip out that card every time. I also do throw them a bone by agreeing that there is also scientific evidence that the placebo effect occurs during crystal work and that it always occurs in any type of healing process, including the prescribing of prescription drugs. Some terms used is “magic” and agree again by saying there is some validity if magic is defined as “that which is beyond our understanding at this point in time”

I love quartz and I use it a lot in water (glass) I use it to amplify grids, tinctures, sprays and so much more! It is the ultimate healer in my eyes…. Pictured are my personal points I use in sessions, grids or making my elixirs, I use them to amplify whatever I am seeking

the following links lead you to just a few clear quartz treasures and creations I have in my shop…..

Your cart is currently empty!